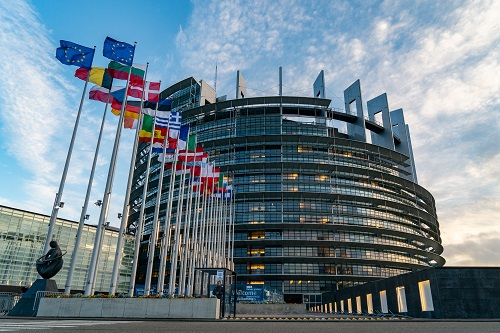 By Thea Pieridou
Press Officer of the European Parliament Office in Cyprus
The European Union continues to address the impact of the pandemic, while implementing key priorities such as digital transformation, public health and climate neutrality. The European Parliament's priorities for 2022 can be summarized as follows:
Election of Parliament President
With Parliament approaching the second half of its legislative term, in January 2022, in the first plenary of the new year, MEPs will be called upon to elect the new President and Vice-Presidents for a 2.5-year term.
Conference on the Future of Europe
MEPs are expected to play a more active role in the Conference on the Future of Europe, which gives all Europeans the opportunity to shape the future of the EU (https://futureu.europa.eu/). The Conference will reach conclusions in the first half of 2022, based on the proposals of the participants.
European Year of Youth
2022 has been declared the European Year of Youth. Parliament is contributing to the program of this year's activities and has called for the active participation of young people.
Digital transformation
Parliament will continue drafting the law on digital services and the law on digital markets, with the aim of protecting the rights of internet users and tackling the unfair practices of major digital platforms. MEPs are expected to pass the Digital Services Act in early 2022 and begin negotiations with member states on the Digital Market bill during the first half of the year. Next year, Parliament hopes to pass legislation on the common USB-C charger for all electronic devices. The rules are expected to come into force in 2024, on condition that MEPs reach an agreement with member states.
Health
Amid continuing concerns about the pandemic, MEPs are expected to vote in favor of strengthening the European Medicines Agency (EMA) to increase transparency in clinical trials and address shortages of medicines and medical devices.
At the beginning of the year, Parliament will also adopt the final report of the Special Committee on Cancer, which will include proposals for strengthening cancer research, prevention and improvement of European health systems.
Climate neutrality
Greenhouse gas reduction targets, renewable energy sources and sustainable fuels will help make the EU climate neutral by 2050. These are part of the Fit for 55 Commission package to be discussed and be voted on during 2022.
Sustainable batteries
Battery usage is expected to increase dramatically in the coming years, mainly for electric vehicles that use batteries for transportation, and renewable energy sources. Parliament will work out the rules for the sustainable production, application and recycling of all batteries used in the European market, as part of a new action plan for the circular economy and the new EU industrial strategy.
Fair salaries
Parliament is ready to start debating a bill aimed at ensuring adequate minimum wages in all EU countries. In November, MEPs accepted a relevant Commission proposal and adopted their negotiating position with member states.
Reducing the gender pay gap is a priority. In February, MEPs will define their position on legislation on payroll transparency. They believe that if large companies are forced to publish information about their wage policy, then greater wage equality between men and women will be achieved.
Recovery plan
MEPs will continue to meet with the Commission to monitor the progress of the recovery plans and to ensure that EU funds are properly used by member states.
Immigration
Committee on Civil Liberties members are working to improve the Commission's proposal for a new Pact on Immigration and Asylum, which aims to harmonize immigration, asylum and border management policies in all member states.