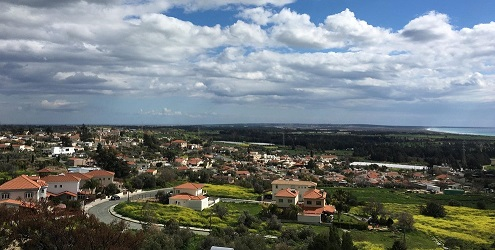 The implementation of projects that remain forgotten in the drawers of the Ministries for years is vigorously claimed by the community of Episkopi. The protest event of 14 June, as stated in "Entrepreunerial Limassol", the president of the community council Lefkios Prodromou, was only the beginning.

Untapped states Mr. Prodromou remained the regulatory plan that has been prepared since 2014 for the regeneration of the main road of the community (old road Limassol-Paphos) from the bridge of Erimi to the exit of Episkopi. The project involves the construction of a bicycle path and pedestrian street and was described as compensatory in the construction of the desalination plant in the community. In return, the community would also receive the sum of €200 thousand, which was never given.

A long standing request is also the collection of the entertainment tax from the events organized at the ancient theatre of Kouriou, which will generate revenues of around €100 thousand to the community council each year. The issue, Lefkios Prodromos said, is pending in the House of Parliament.

Since 2014, the construction of the entrance-exit is pending for the owners of the 138 plots granted a decade ago to displaced persons north of the Limassol-Paphos motorway, who still remain virtually blocked. The Community Council, as indicated by Mr Prodromos, calls for the completion of the study to deal with erosion on the beach of Kourios, as well as the restoration of the old school, which is collapsing.

All the issues were raised at the meeting held by the President of the Community with the Minister of Transport, Giannis Karousos, on 24 June.

"We are the poor relative of the countryside," said Mr. Prodromos, who called on the state to directly promote community projects and as "promises not to stay words."

On the front of the reform of local government, positively as mentioned by Lefkios Prodromos, the Ministry of interior faces the request of the Episkopi, as the community joins the new Municipality that will include the communities of Pissouri, Avdimou and Paramali and not in the Municipality of western Limassol, based in Ipsonas.