PASYXE Limassol - 95% of the hotels resist to padlock 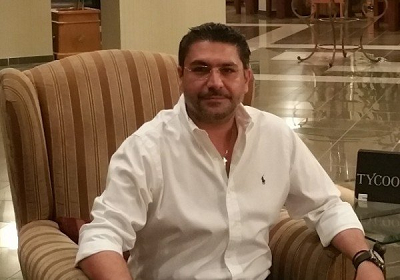 With the occupancy of Limassol hotels barely exceeding 30% in June, uncertainty prevails among hoteliers for the next day. We cannot make safe predictions about how the year will move, says in "Entrepreneurial Limassol" the President of PASYXE Limassol, Haris Theocharous, since as he pointed out the data are overturned daily.

The decision to keep Cyprus on Great Britain's orange travel list has, for the time being, removed any hope of attracting tourists from the British market. On the other hand, a partial boost is expected to be brought about by the launch of charter flights from 28 June from Russia, the only market currently present in Cyprus. Russia's largest tour operator, Biblio, is already coming to Cyprus in small numbers. There is also uncertainty about Israel's tourist market.

Our epidemiological picture is considered critical, with Theocharous expressing his concern about the increase in covid cases in recent days. He also expressed concern as to whether the data would allow the limassol hotels to continue to operate after the three-day holiday, since there are no indications of a large number of domestic tourism. This particular three-day period, noted the President of PASYXE Limassol, the occupancy reached 60%, but from then on everything, is uncertain.

Haris Theocharous called for the support measures to be extended to the tourism industry after the end of June to allow hotels to remain open. In Limassol at the moment, 95% of hotels operate.

In relation to the launch of cruises based in Limassol, Mr. Theocharous stressed that spending the nights by cruise ship passengers in hotels during their stay in Limassol, is a prospect that the city's hoteliers look forward to.