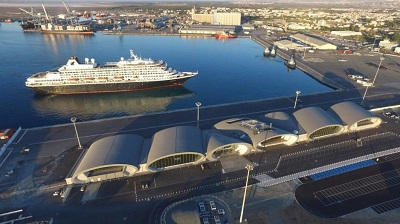 At the end of October, or at the latest by the beginning of November, the new tender for the ferry link between Greece and Cyprus will be launched. The new tender document will include modifications compared to that of the first tender. Speaking at the "Entrepreneurial Limassol", Deputy Minister of Shipping Vassilis Demetriades expressed optimism that the amendments will attract the interest of carriers, so that the connection can resume 21 years later.
First of all, the connection is converted from regular to seasonal and is estimated to involve 26 trips for the period April to October. Therefore, the contractor will be able to use the ship on other routes during the winter season. Besides, the interest of citizens in connection is mainly found in the summer months.  The state subsidy on the route is expected to be maintained at €5 million per year, but a clause will be provided, which will be activated during periods of increase in fuel prices and will boost the subsidy by about 10%.
In addition, the destination of the ship changes, which instead of Keratsini to Piraeus, which is estimated to serve the connection better. It is noted that most of the changes to the new tender are subject to the approval of the Directorate-General for Competition of the European Commission, which has given the green light for most of the key points. Already the Deputy Minister of Shipping has engaged in a race to attract prospective investors.
The aim, as mentioned by Vassilis Demetriades, is to award the tender if there are interested parties by January, and to start the route in May 2022.