ΙΚΕΑ Opens Up in Limassol 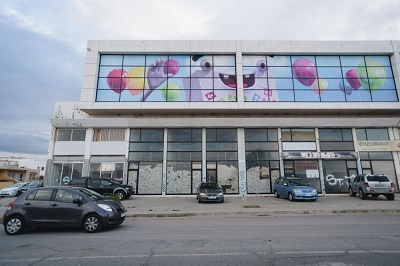 IKEA is expanding its operations to Limassol, by setting up, within the next few months, a Center for the Order and Receipt of Furniture and Home Equipment. The basic aim of the company is to facilitate easy and quick access of the out-of-Nicosia consumers to its products, and to that end a specially designed exhibition space is to be created, giving the opportunity to interested parties to proceed directly with their purchases.
The IKEA pick up point in Limassol will be set up on part of the ground floor of the former Orphanides supermarket in Polemidia, which had remained unutilised for years. ‘’Entrepreneurial Limassol’’ has learned that IKEA will occupy the western part of the building, adjacent to Katsantonaion street. The eastern part (Theodoros Potamianos Street) will be occupied by Alpha Mega’s fourth Limassol supermarket, while the central part will host the Intersport store. The basement will be shared amongst the three companies as a storage facility. Considering that the first floor of the same building has hosted, for the past four years, the Jumbo chain, it goes without saying that what is in the making in that area is a multi-faceted commercial centre.
The whole project is now under examination by the Department of Urban Planning for the required permit. The Department of Traffic Studies will also have a say, and is expected to propose measures to ease traffic congestion. It is widely expected that one requirement will be the construction of a traffic island along Theodoros Potamianos street. IKEA’s Limassol pick up point comes in the wake of a decision by the mother company to expand its Cyprus operations. The choice of the specific location follows negotiations with the liquidators of the former Orphanides company.

An abandoned village in Limassol, the ruins of which continue to fascinate

This view of Limassol reveals its true beauty

The unknown story of a stunning, classic mansion in Limassol's city center

An impressive museum created by a refugee in Limassol