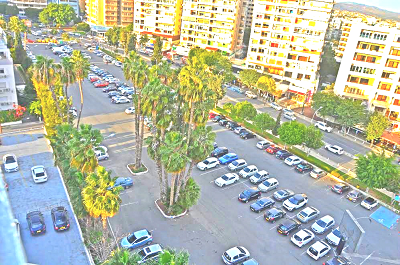 The Limassol Municipality and interested contractors held a meeting in late February and exchanged preliminary ideas on the optimum exploitation on the municipality plot of land in the Enaerios area of Limassol. Although the road to the implementation of the project is long, as it will have to go through a series of bureaucratic procedures until it gets its final shape,  the Municipality is already going with the next stage  which is the evaluation of the views expressed by the stakeholders and the comments that have been made, with the aim of finalizing all aspects of the proposed project.
Next comes a public hearing with the participation of the people of Limassol.  Mayor Nicos Nicolaides told ‘’Entrepreneurial Limassol’’ that the project will be implemented on the Design-Build-Finance-Operate-Transfer model, with international offers being invited in search of a strategic investor who will be in charge of the whole venture. In July last year, a feasibility study conducted by Deloitte was approved by the Municipal Council.
The Deloitte study considered several options for the commercial development of the land, including one for the construction of a 25-story tower. The Municipality mentioned the possibility of as convention centre for up to 1000 delegates, in addition to an urban hotel to cater to the needs arising therefrom. There is also much interested in the construction of shops, as well as of a major cafe-restaurant, either at ground floor level or at the top of a building.
The Municipality would also like to see an open space with an underground parking space to accommodate as many as 900 vehicles and leading all the way to the seaside. The total area that is open for development is 10 thousand square meters and its value is estimated at more than €75 million. Opening the area to commercial use is expected to earn the Limassol Municipality substantial amounts of income can be used to address cultural, social and other needs.

N. Saripolos: The Cypriot connecting a Limassol Square with the Athens Law School

An impressive, white rotunda next to the sea in Limassol