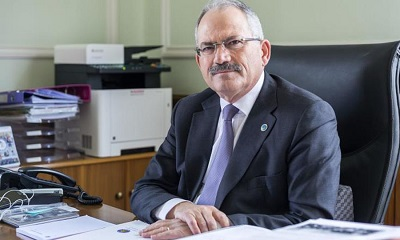 The transformation of the coastal front along the Molos from the old port to the GSO will be brought about by the Limassol Centre Area Plan, whose publication is expected soon, after several delays. Specifically, it is proposed to exclude the coastal front from the Area of Special Character and to define it as an Area of Aesthetic and Qualitative Upgrading, as well as the granting of urban incentive under certain conditions, to encourage the qualitative upgrading of the coastal zone. In this way, the new buildings that will be erected will be able to have a height of up to 12 floors.
The implementation of this proposal, as indicated by the Limassol Mayor, Nicos Nicolaides, speaking at “Entrepreneurial Limassol", will contribute to the aesthetic upgrade of the area (replacement of the existing aged buildings on the coastal avenue of 28th October) and on the other hand to the creation of visual escapes - openings to the sea, to avoid the impression of continuous construction along the beach. It is also planned to form a square between the cathedral of Ayia Napa and the coastal boulevard.
Therefore, any development of the plots between the church and the coastal road should allow the direct visual connection of the church with it and at the same time ensure the unhindered passage of the public between the surrounding area of the church and the coastal road.
Two new areas are incorporated into the Centre Area Plan and therefore the plan is extended with new boundaries. Essentially, this is the area of the second pole of TEPAK which will be based on a Master Plan. Specifically, it is proposed to modify the Zones of Public Uses and at the same time increase the number of floors to 5.
The second is the northeastern area of the city center, east of Agias Zonis Avenue where it is proposed to increase entrepreneurship and strengthen the existing economic pole.

CUT - Foreign Minister event: The Dialogue on the Future of Europe and the Role of Youth

CUT Signed a Memorandum of Cooperation with the Ionian University

CUT honored retired academics for their contribution to the University