European Parliament: What do we expect in the second half of 2021 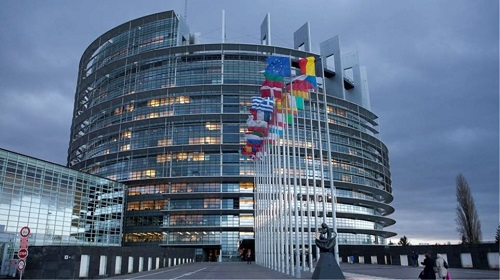 By  Thea Pieridou
Press Officer of the European Parliament Office in Cyprus
The European Parliament has a busy schedule for the second half of 2021. Climate action, public health, the future of Europe and digital services will be discussed, among others.
State of the EU
The second half of 2021 begins a debate on the state of the European Union, during which MEPs will discuss with President Ursula Von der Leyen about the Commission's work and future priorities. The debate will take place on 15 September in Strasbourg.
Climate action
In mid-July, the European Commission presented a package of measures on the European Green Deal, with the aim of reducing greenhouse gas emissions by at least 55% by 2030 (compared to 1990 levels). Parliament is expected to vote on the Commission's proposals, which include measures to develop alternative fuels infrastructure and introduce a new carbon contribution on imports.
Strengthening EU preparedness and crisis management
The COVID-19 pandemic has showed the importance of cooperation between Member States in addressing health crises and finding solutions.
Parliament has already defined its negotiating position to strengthen the role of the European Medicines Agency and in September it is due to vote on two additional dossiers on the European Centre for Disease Prevention and Control and on improving the capacity to respond to cross-border health threats.
Conference on the Future of Europe
MEPs will be actively involved in the work of the Conference on the Future of Europe, an initiative that looks at what legislative changes are needed to enable the EU to meet the challenges of the future. The Conference is based on the participation of citizens who have the opportunity to contribute to the decision-making process.
Agricultural policy
At the end of June, MEPs and member states reached an agreement on the Common Agricultural Policy for the period 2023-2027. EU funds will promote ecological agriculture, help protect biodiversity and support small farms and young farmers. Voting on this is expected to take place at the end of the year.
Digital services
Parliament's Internal Market Committee is working on the Digital Services Act and the Digital Market Act, with the aim of regulating large platforms and creating secure digital environments that ensure the protection of the fundamental rights of users. The vote on this is expected to take place in December.
Also on the agenda is the extension of roaming rules, which enable citizens to call, send messages and surf the internet from another EU country without being charged, for another 10 years from 2022.
Minimum wages and wage transparency
In the autumn the Employment Committee will vote to ensure adequate minimum wages in the European Union.
A separate proposal on pay transparency will enable workers to exercise their right to equal pay by giving them access to the necessary information on pay so that they can assess whether or not there is discrimination in comparison with their colleagues. The aim is to reduce discrimination in the workplace and to bridge the gender pay gap.
Monitoring of Recovery Plans
In addition to its legislative role, Parliament will continue to oversee the Commission's work on the Recovery Plan, holding regular meetings with Executive Vice-President Valdis Dombrovskis and Economy Commissioner Paolo Gentiloni on the progress of national recovery plans.
Parliament also pays particular attention to the way in which the Commission defends the EU's values and principles. It called on the Commission to ensure the implementation of the new law which makes respect for the rule of law a condition for the disbursement of European funds to Member States. Parliament has even warned that it will take legal action against the Commission if it does not deal quickly with violations of the principles of the rule of law.
Sakharov Prize
In December, Parliament will award the Sakharov Prize for Freedom of Thought, which honours individuals, groups and organisations that have made a special contribution to the protection of freedom of thought, human rights and democracy. Last year, the prize was received by the democratic opposition in Belarus.

CUT participated, with a physical presence, in the Thessaloniki International Fair

CUT: The "Limassol Agreement" lays the foundations for the creation of the European University of Technology