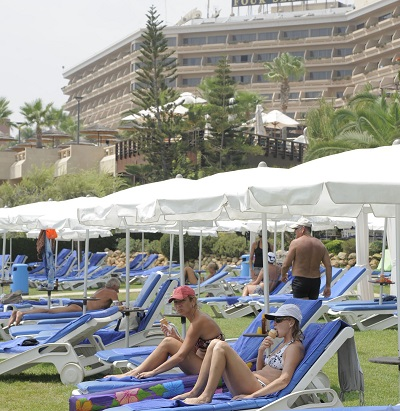 The first half of 2021 has been certainly lost for the hotel industry, as planning for the summer season remains trapped in developments surrounding the covid pandemic. The current period of the tourism industry is worse than last year, since lin 2020 some companies were able to operate at least at the beginning of the year. Indicatively, there is a single-digit number of hotels currently operating in Limassol, while with the scope and intensity of the second wave of the pandemic, major tour operators have frozen all planning for next summer. As a result of the reopening of our hotel industry, which would otherwise be expected in March, has now been put off for a later stage.
Speaking to "Entrepreneurial Limassol", Limassol Tourism Board President Tony Antoniou indicated that until July, when flights are expected to resume, no reservations will be made in hotels. We are going through, he added, a time of uncertainty, with expectations being very low. A case in point, large tour operators have released reservations, that they used to make for flight bookings, so that they do not have to pay huge rental amounts.
Mr. Antoniou estimated that any substantial new developments regarding the tourist traffic of 2021 will begin when many people are vaccinated. Until then, he concluded, things in the tourism sector will continue at near zero levels. We hope, he added, that there will be an increased tourist flow by the end of the year compared to last year, when arrivals plunged by 85%.
Looking forward to better days, the Limassol Tourism Board promotes various actions in cooperation with the Deputy Ministry of Tourism. We plan, Tony Antoniou indicated, the launching of Commandaria routes, organizing the open-air market at Trimiklini village, expanding the cycling routes and nature trails and putting into operation applications to inform tourists through their mobile phones.