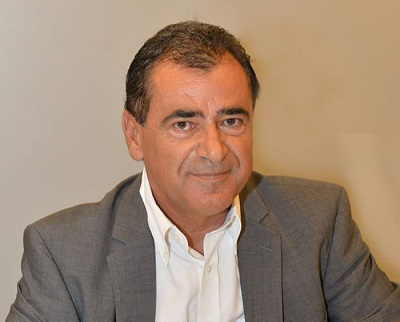 "Agios Athanasios will retain its status and existence even after its scheduled merger with the municipality of Germasogia". This is what Mayor Marinos Kyriakou told Entrepreneurial Limassol. "Besides," he pointed out, "the municipality has the most complete and largest municipal building in the area which could well be the seat of the new enlarged Municipality." A big bet of the upcoming country-wide municipal reform, however, he pointed out, is to make sure the new Municipality works in a way beneficial the local communities.
"Whatever we had to do," he added, "we did. The fate of the reform is now in the hands of the Parliament ". Marinos Kyriakou pointed out that the aim of the current Municipal Council is to maintain the quality of life, which, as he stressed, is being tested after the closure of the waste disposal site in Vati. Regarding citizens’ complaints about places in the municipality, including on sidewalks, not being exactly clean, the Mayor was categorical: “We have placed 40 baskets for dog litter. Now those who behave irresponsibly must be treated differently, with the amendment of relevant legislation, tightening penalties and the operation of the municipal police ".
As for municipality priorities in terms of projects, Marinos Kyriakou referred to the creation of a kindergarten and relevant facilities in Linopetra industrial area. A tender for the construction works was announced in early July. What will essentially be a multi-purpose centre will include five rooms, three for kindergarten and two for the pre-primary level and a children's club. On the other hand, the widening and reconstruction of Sfalaggiotissis Street is said be stuck in the cogs of bureaucracy. « We are waiting within a matter of days ", the Mayor pointed out, ‘’the green light to publish the list of expropriations, while very soon, we will announce the offers for demolitions. This urban project is mature and has not been frozen by the government, while the time horizon for the start of major construction works is set for 2021. Bids have also been awarded for the installation of sound barriers between the roundabouts of Linopetra and Mesa Gitonia, and approval has been granted for a loan requested by the Municipality, for the replacement of the street lighting lamps with LED-type.
Regarding the long-drawn0out story of the creation of a folkloric museum in an old mansion of the traditional core of the Municipality that has already been restored, Marinos Kyriakou said that "we are in contact with the Department of Antiquities and the Limassol Tourism Development Company to take over the museum. ». As for the beach pathwalk next to the Crowne Plaza hotel, the mayor indicated that this will get under way before the end of the year. As for the expansion of the Vathkias linear park all the way to the beach, an effort will be made to secure financing from the EU structural funds.