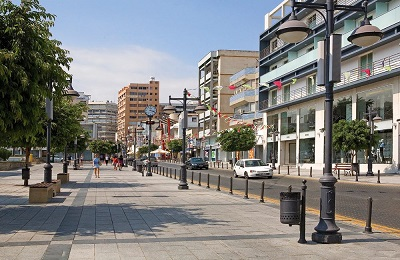 The Limassol retail market moved much better than expected in May after the opening of the stores, with retailers expressing their satisfaction. The month's turnover reached the equivalent of 2019 and the forecasts for June are even more auspicious.  "We feared that the customers would be very few and that the fear that prevailed during the quarantine period would keep people at home, but fortunately our concerns were not verified," the representative of the shop owners of the city center, Christis Demetriou, told "Entrepreneurial Limassol". Eventually, as it turned out, ‘’people needed to go out and do the shopping they didn't do in the previous two months’’, he added.
The losses recorded due to the absence of tourists and foreign money, as well as the economic insecurity of those employed in tourism, were replaced by increased domestic demand. Limassol has the advantage of a lively community of foreigners who live and work in various multinational companies in our city. In addition, the attractive offers, particularly for the spring stock, which, due to the quarantine, remained available, contributed to the increased sales. The commercial streets of Limassol, and especially the street around Anexartisias street, live moments reminiscent of their glorious past. On the other hand, difficult times continue for the souvenir shops with most such on St. Andrew Street remaining closed. Many of them are said to be considering closing down for good.