The cost of financial ignorance for the consumers 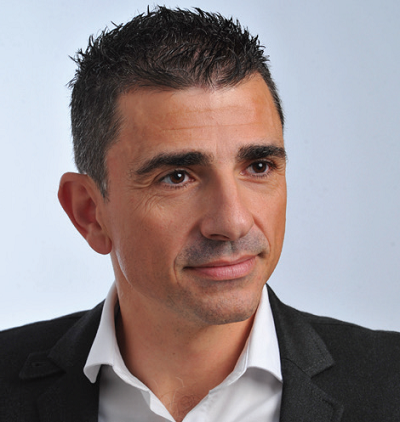 By Dr. Panayiotis Andreοu
Assistant Professor of Finance Dept. of Commerce, Finance & Shipping, Cyprus University of Technology
What is the cost of lack of financial knowledge for the consumers?
I have stated several times that knowledge of basic financial economic concepts, when combined with the ability to use such knowledge, constitute the cornerstone in making sound financial decisions, with an immediate positive effect on the financial wellbeing of active citizens, and their protection from any type of financial fraud. I recently discussed in the Conference on “Private debt and NPL: Achievements and Challenges”, jointly organized by the Central Bank of Cyprus and the Delegation of the European Commission in Cyprus, the possible negative economic impacts for Cypriot consumers that stem from the documented high levels of financial illiteracy in the country. For example, according to the results of a recent research conducted among 600 individuals aged between 25 and 65, it appears that less than 40% of Cypriots are considered as financially literate individuals.
However, in order to understand more thoroughly the importance of financial literacy (or the lack thereof) for the citizens, the following question should be answered: “How much does the lack of basic financial knowledge cost for the consumers?”. Unfortunately, the few studies so far that focus on financial literacy in Cyprus, have not come with a clear answer to the abovementioned question. However, we could get a first glimpse about the monetary cost of financial illiteracy by relying on studies conducted in other countries. For instance, in a USA research by the National Financial Educators Council – NFEC, Americans over 18 years, residents from all US states, had to report the amount of money they believe that they lost in 2019 due to lack of basic financial knowledge by answering the following question: “In 2019, how much money do you think you have lost due to lack of knowledge about your personal finance?”. According to the results of the research, where 2.506 individuals participated from a total of six different age groups, the average amount of money reported was $1.279.
Aggregating these results for the total of 240 million US citizens, financial illiteracy costed a total of 307 billion USD for 2019! Similar results emerged from the 2018 survey. The above findings indicate the huge possible negative consequences that might arise from the lack of financial literacy (including knowledge, skills, behaviours etc.). In my personal opinion, with the caveat that attempting to evaluate the negative impact of an, above all, social problem, involves a high risk, financial illiteracy has indeed potentially major implications for Cyprus, especially if one takes into account the various crises that hit the country during its modern economic history, such as the Cyprus Stock Exchange bubble, the real estate bubble, the most recent banking and economic crisis that eventually led to a haircut of deposits and securities, etc.
Concluding, I would like to stress out once more that it is necessary to design and implement as soon as possible a “National Strategy”, which includes inter alia: (A) a Ministry of Education Plan to promote financial education to secondary education students by introducing the course “Basic Financial Knowledge and Practice (Personal Finance)”, (B) the establishment of an Independent Authority for the Regulation and Supervision of Financial Practices and Behaviours with main responsibility the development, promotion and supervision of the appropriate legislative framework for consumer financial protection, (C) the encouragement of private initiatives, such as the consumer associations, the Cyprus Chamber of Commerce and Industry, the Cyprus Employers & Industrialists Federation and the commercial banks, to offer both to their customers and/or to the general public (adequate) financial education and internship programmes. If the necessary measures are not taken imminently, the problem of financial illiteracy is most likely to worsen in the future, given the continuous development of new specialized products and services through the application of new technologies in the financial sector. Therefore, an even more urgent need arises today for all relevant actors to look at the problem so that we will swift from the simple diagnosis of the problem to its treatment.