Tourism industry moving in uncharted waters, but Limassol is a safe destination 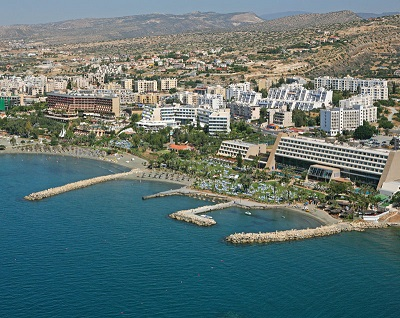 The tourism industry is moving in uncharted waters in the wake of the pandemic, with Limassol trying to minimize the damage as much as possible. However, the forecasts are not necessarily favourable, with the President of the Limassol Tourism Board, Tony Antoniou, stating to "Entrepreneurial Limassol" that we should not expect any substantial tourist flow before September. Arrivals for April-May were zero, while for June and July booking cancellations exceed 80%. It is estimated that, according to the best scenario, the reduction in tourist arrivals in Cyprus this year will reach 70% compared to last year, which in absolute numbers is around 1 million tourists for 2020, compared to 3.9 million in 2019.
A big question is when exactly the airports will re-open, when the airlines will be fully reactivated and how much fare costs will be, as pointed out by Mr. Antoniou, taking into consideration the decision that 40% of airplane seats must be vacant. A number of hoteliers are said to be considering not re-opening again until March 2021. Officially, hotels reopening is scheduled for between June 9 and July 13. The main target for us as Limassol Tourism Board, stressed its President, is to preserve the good name of Limassol as a destination of high standards, even if that means even fewer tourists this year.
"Uncertainty prevails, without airports and flights, but also without instructions for inspections and security measures, the industry cannot be opened" stated Haris Theocharous, Chairman of the Limassol District Committee of Cyprus Hoteliers Association, to “Entrepreneurial Limassol”. Domestic tourism, he explained, does not exceed 5% of overnight stays, while the large traditional markets of Russia and the United Kingdom, according to the data we currently have before us, are likely to be the last to open. At the same time, the Cyprus Hoteliers Association is expecting the announcement of measures to support the liquidity of businesses.
The Limassol Chamber of Commerce & Industry Vice President / Tourism, Anthi Theocharous stated that "if the lockdown is extended after June 13, many hotel units will consider the possibility of not opening at all." Directly linked to the reopening of hotels, she explained, is the opening of hotels and the flight schedule of airlines. At the same time, the Deputy Minister of Tourism efforts to formulate a single European policy for travel protocols (airport controls, hotel safety and health measures) are particularly important so that, as Ms. Theocharous points out, the tourist feels safer. Concluding, the message we wish to send, stated Ms. Theocharous is that "Cyprus remains a safe destination".