Optimistic messages from the re-opening of stores, despite anxiety 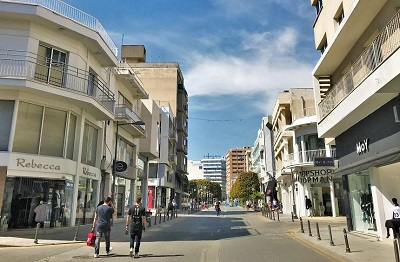 The re-opening of thousands of retailers after 45 days of quarantine brought the first positive feelings to shop owners. The market began to move timidly, people came out of their houses to shop, something that makes us optimistic about the future, said to "Entrepreneurial Limassol" the representative of the shopkeepers of the Limassol Centre, Christis Demetriou, who pointed out that in Limassol, things were a little better than in the rest of Cyprus, due to the presence of many international companies and foreigners. Another optimistic note, he added, is that we have seen people in the city centre, something that was not the case in recent years, mainly because of the shopping malls.
In the first phase, consumers were confined to purchasing mainly essentials, Andreas Tsouloftas, Limassol Chamber of Commerce and Industry Vice President / Commerce, stated to "Entrepreneurial Limassol". However, the damage to the sector amounts to millions, as the goods that the shopkeepers had received in order to sell before Easter remained unsold and, in many cases,, there was no possibility of returns. A number of retailers and food/catering companies, according to Mr. Tsouloftas, may not be able to get back to business, as the economy has shrunk, and people's purchasing capacity has declined. Moreover, adds Christis Demetriou, tourism-dependent shops, such as souvenir shops, are affected.
Restaurant owners are anxiously awaiting the re-opening of the outdoor areas of their businesses later this month. However, many businesses of the sector, even though located in popular places in Limassol, said Mr. Tsouloftas, are considering not opening until the restrictive measures are fully lifted, as due to the restrictions, their revenues will be reduced, to the point that it is not in their best interest to re-open immediately.