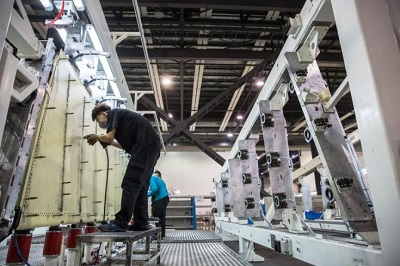 The manufacturing sector has once again proved to be a pillar of the economy in times of crisis, especially at a time when tourism is objectively the sector most affected. Most factories continued to operate during the quarantine period, taking of course all the safety measures, producing mainly essential products - necessary in the country's struggle against the pandemic. This is probably the worst crisis that Cyprus has been going through in recent decades, Charalambos Pattihis, Limassol Chamber of Commerce and Industry Vice President /Industry, stated to "Entrepreneurial Limassol", making and appeal to not close businesses again, because this, as he says, would mark the end of the economy.  At this stage, industries in Limassol are divided into two categories: those that have not been affected much and those that have serious problems. In the second category, there are those who, despite the enormous problems, continue to operate and have not laid off staff, and those who have largely suspended their work, facing problems in collecting debts, large stock levels, borrowing needs etc.
Mr Pattihis pointed out that there was a pressing need of cooperation with all the parties involved - government, businesses and trade unions - to get out of the crisis, sending the message that the European Commission should allow for significant and targeted easing of fiscal policies. The closure of construction and the freezing of exports was a setback to the industry, Μuskita Αluminium Ιndustries CEO, Demos Mouskis, stated, noting that the overall picture will be clearer by the end of the year. Our industry, stated Mr. Mouskis, did not close during the quarantine period, but even supplied the hospitals. Of paramount importance at the moment, he stressed, is to grant incentives for the restart of the construction sector.
The health crisis also seriously affected smaller industries. As stated to "Entrepreneurial Limassol", by the Technical Director of Pyrga ice creams, Christoforos Grigoriou, the decrease in retail for the months March - April reached 68% and wholesale 43%. The ice cream industry is now facing a new situation as on the one hand it will be affected by the absence of tourists and on the other will benefit from the cancellation of Cypriots' trips abroad. Simply put, it will be fully dependent on the domestic market this year, expecting a reduction in the year's turnover of 15 to 20%.